Do not update your Nvidia driver, if you have graphic cards with LHR lock!

GeForce GTX1080, 1080Ti and Titan XP are unique in the 2016 cards lineup. They have a GDDR5X memory type. The key distinction of X memory type used in the highest tier cards is the ability to operate more data per cycle — 64 bytes instead of 32.
However, this approach requires increased timings. That doesn't affect games performance, while memory dependent mining algorithms are affected negatively.

The cards listed above were just as effective at Ethereum mining as 1060 and 1070 until "OhGodACompany" released an ETHlargementPill, or simply — "The Pill" 😎

How does it work

The app reduces GDDR5X timings, thus, enhancing read/write operations speeds of the memory. While greatly boosting mining abilities, ETHlargementPill has a very simple design. Upon launch, it merely reports its state and asks to keep a window open. Minimizing the window doesn't affect its function. 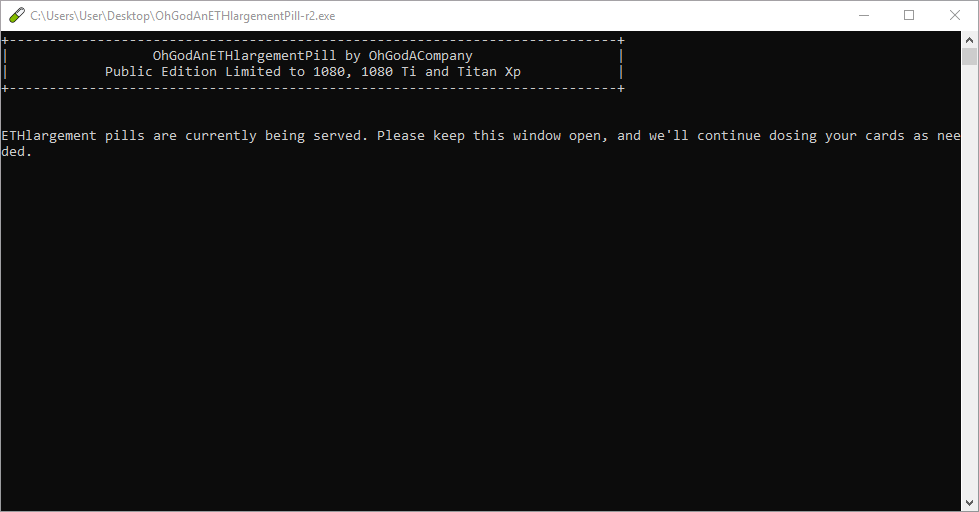 GTX1050-1070Ti will not work with the Pill as they have a regular GDDR5. The app works only with GDDR5X memory.

Your cards will get approximately a 30% boost:

We have tested ETHlargementPill with GTX1080Ti, and here are the results.

Card gets 31-32Mh/s on DaggerHashimoto algorithm. 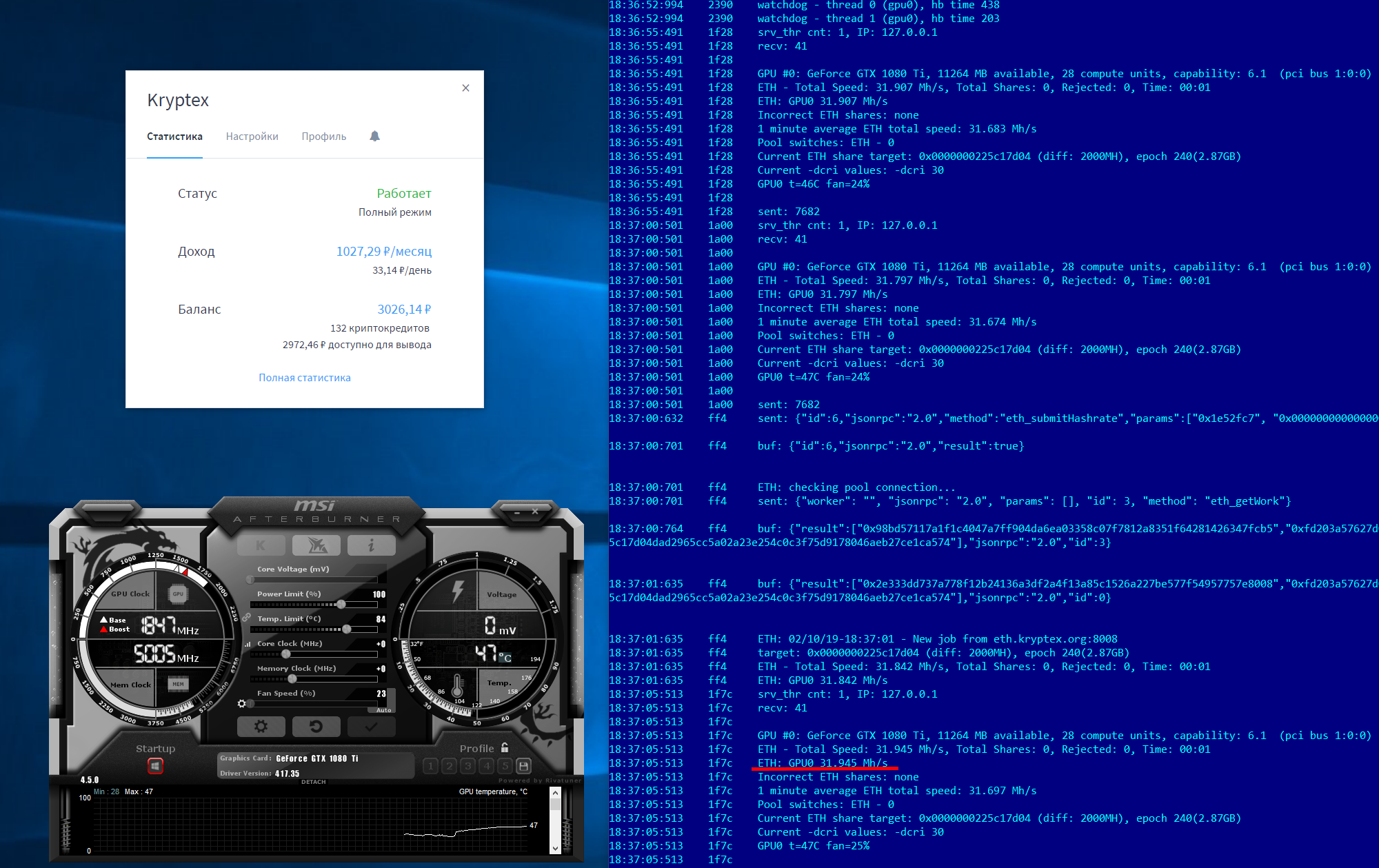 With the help of this article, we have got a +500MHz boost and reached ~35 Mh/s. Cool, but not quite impressive. 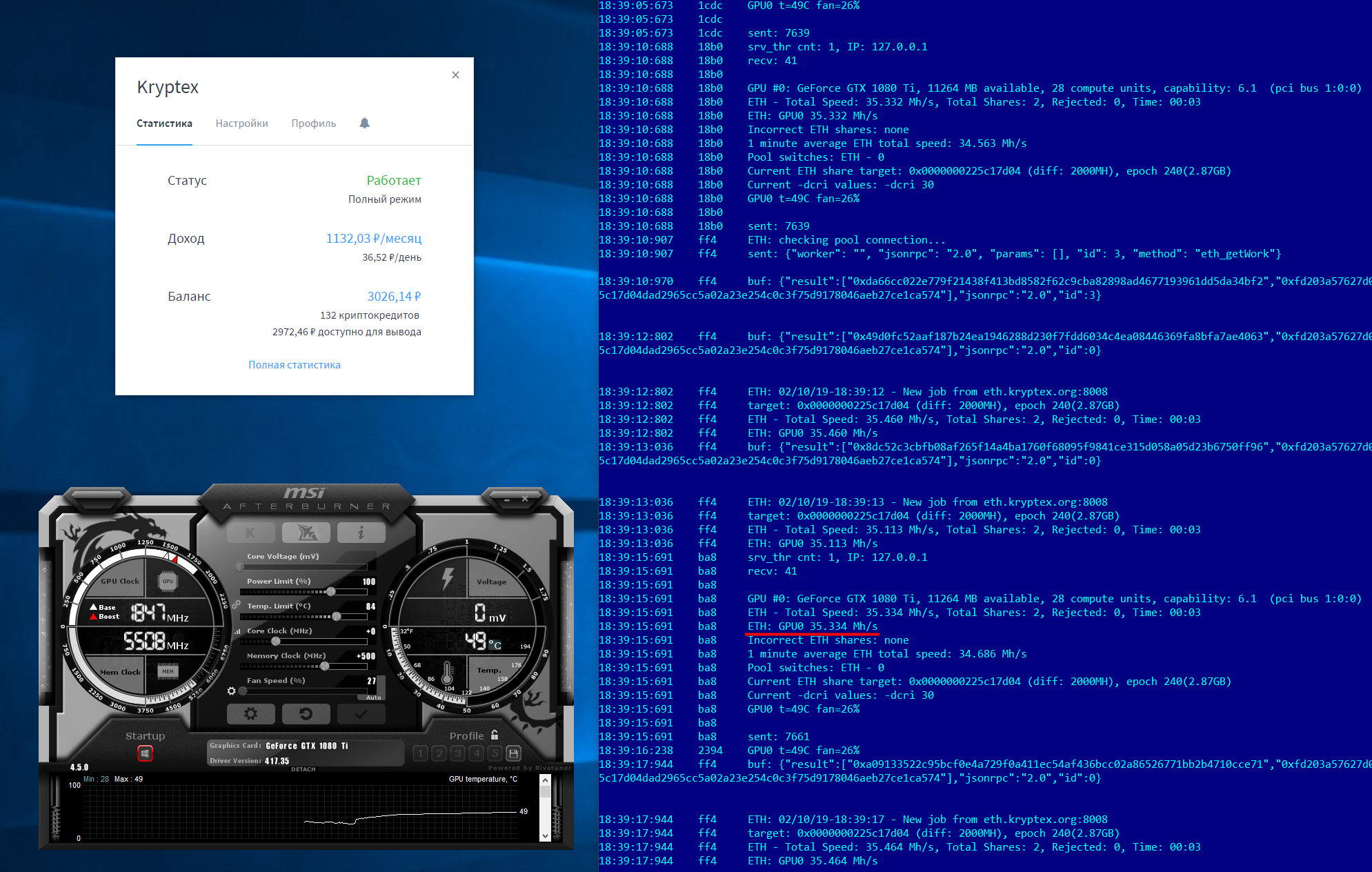 We have kept a boosted clock speeds and launched the Pill. Well, that's the business. ~49 Mh/s — a 14Mh/s increase just for a couple of mouse clicks. 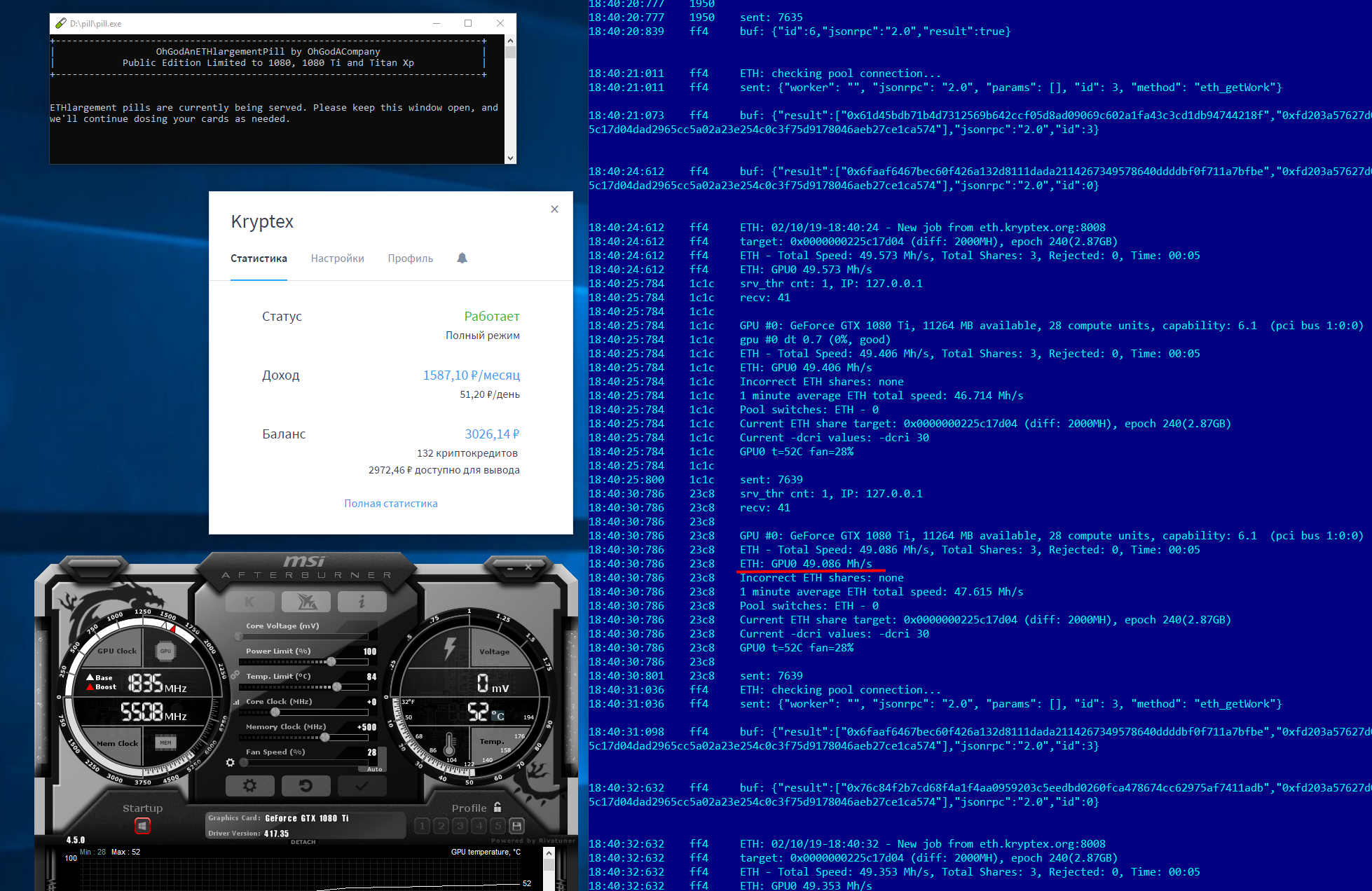 If your memory can withstand even crazier frequencies applied, you can reach up to a 55 Mh/s mark. Nearly doubling a stock 1080Ti performance!

ETHlargementPill mostly affects Ethereum miners performance. Yet, it may help to boost other memory reliant algorithms. For example, we have tested the same GTX1080Ti with the Pill enabled on CryptoNight algorithm mining Monero. This has brought us from 830h/s up to 915 H/s. 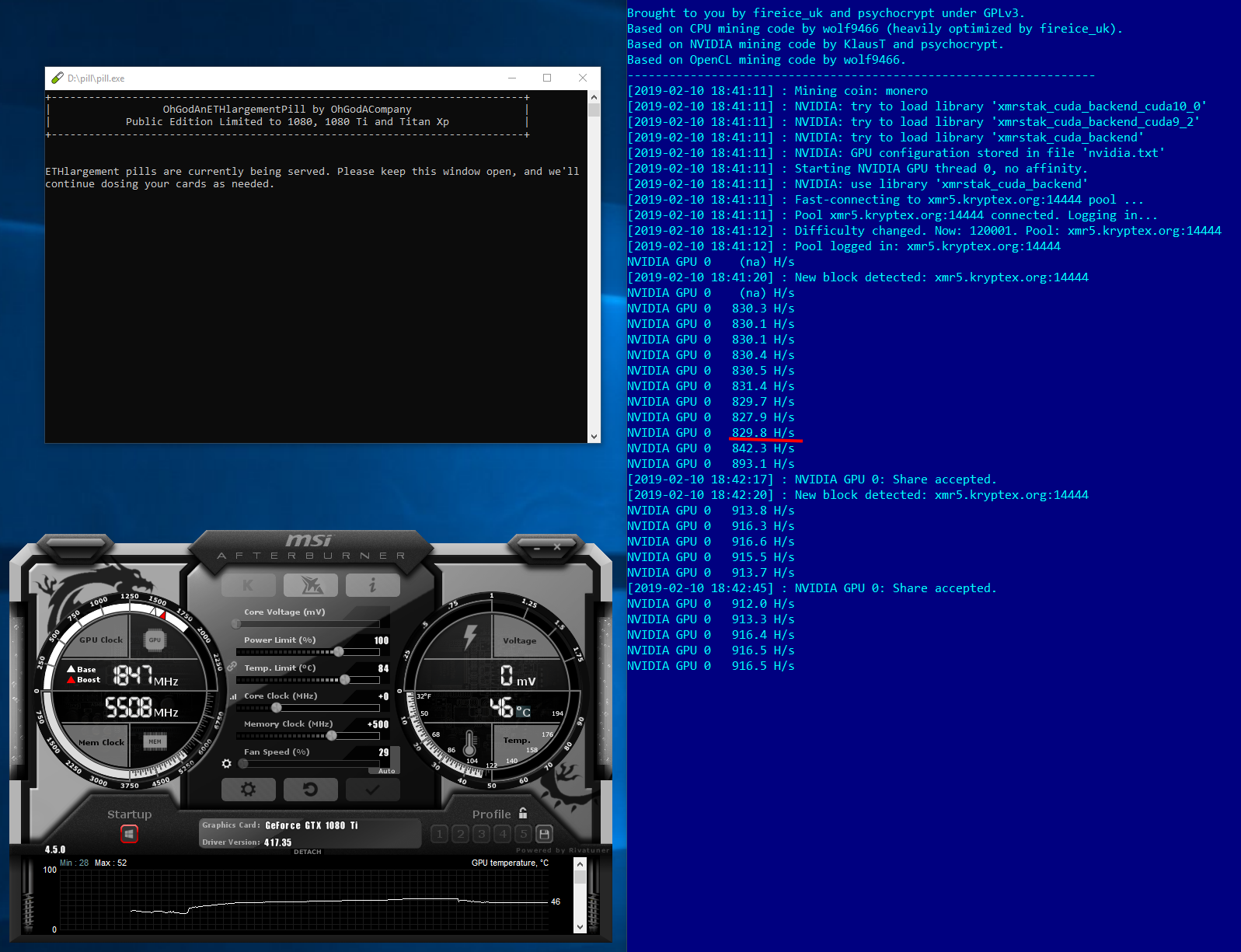 What are the risks

Even stock GTX1080 without memory boosts may suffer from visual artifacts after enabling the Pill. However, if a display signal is being outputted via different GPU, there should be no issues. Except for the case above, the Pill is completely safe as it only changes timings temporarily while running. All the edit are reverted once the app is closed.

GPU overdosed on Pills? We are here to help! 🚑

Fear not! Contact us, we’ll help with any issue 💪🏻 Replies are given within one day.