How to overclock GPU for Ethereum Classic mining

This article will also be useful for overclocking for ETHW, ETHF, UBQ, EXP coins — any coins that work on the Ethash algorithm

It uses a massive DAG-file loaded directly to a GPU's VRAM. This file contains all the data required to calculate the hash for the jobs given by the pool. Any card having less memory on-board than it is needed to fit the DAG file becomes unable to mine Ethereum. Its size will reach 4GB in the nearest future.

DaggerHashimoto ETC algorithm is entirely about VRAM. All the mining stuff is both stored and done in there. In general, the higher the memory speed, the higher the hashrate, and the profit. Whereas, core clock changes are mostly meaningless in terms of profitability. It is even recommended to downclock core to lower power consumption. So, the overall tip: boost your VRAM, not the core.

The times when it was difficult to make a specialized ASIC miner for the DaggerHashimoto algorithm are long gone. So the Ethereum Classic coin can be mined both on graphics cards and on ASICs.

How to connect ASIC to Kryptex Pools.

What frequencies should I raise?

DaggerHashimoto ETC responds positively to the increase in video memory frequency. However, the core frequency affects the profits so insignificantly that it can, on the contrary, be lowered to reduce power consumption and chip heating.

This rule does not apply only to Nvidia GTX 1000 series graphics cards. Due to their architecture, their power will decrease with each increase in the size of the DAG file. Therefore, increasing the core frequency and/or Power Limit is necessary to compensate for the drop in performance.

How to set the correct video memory frequency?

1. Find out the GPU's memory vendor:

Use GPU-Z app to determine the memory type and vendor of your GPU. 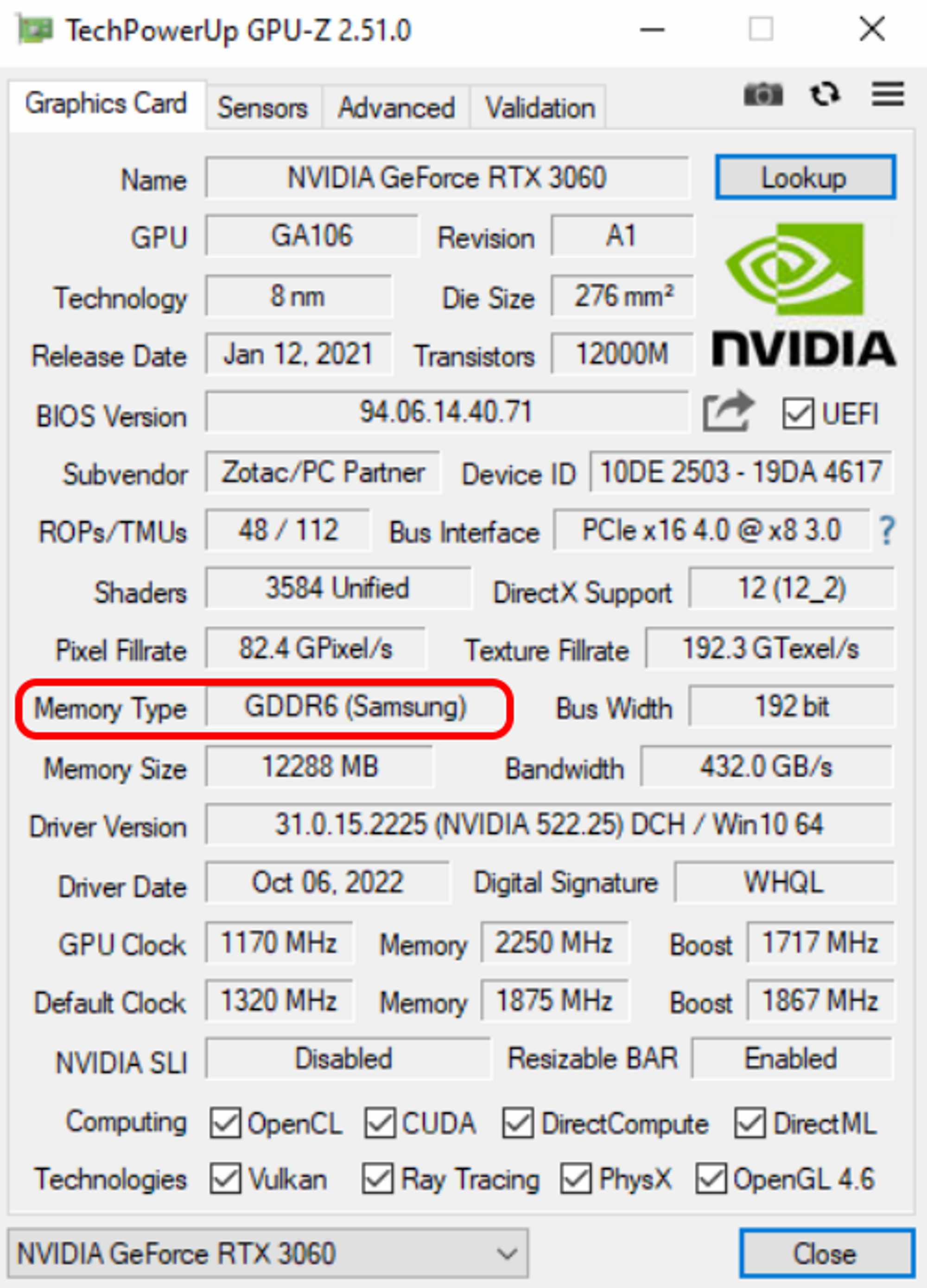 But there is an exception, such as the Nvidia GTX 1660 Super graphics card. If you come across Hynix memory on a video card of this model, lower the memory frequency to -502. It happened that on GDDR6 memory chips, Hynix memory has better timings at low frequencies.

The real boost is highly dependent on a single chip. Carefully increase your clock speeds to find out the value optimal for your particular setup.

Launch FurMark stress-testing. This app will generate a load that will test the ability of your GPU to endure an overclock. 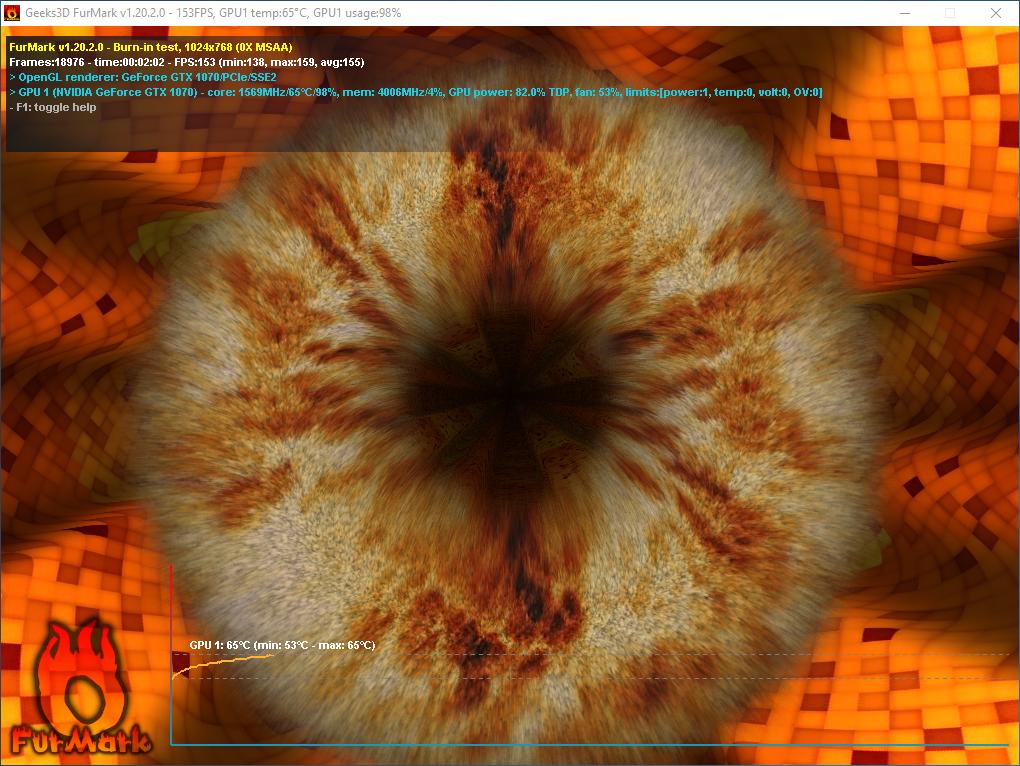 Use MSI Afterburner to overclock your video card. It has a user-friendly interface and works with any Nvidia or AMD GPU.

Overclocking should be used with mining disabled!

At some point, your system will go unstable, and you will experience one of the following symptoms:

Afterburner does not apply any changes at Windows startup by default. Thus, any destructive changes will be rolled back after the reboot for your safety.

Once recovered, set the memory clock to the last stable value you've noted.

Let your rig mine for at least 24 hours and follow the checklist:

If you cannot complete all the points — reduce memory overclocking by another 50 MHz.

Excessive overclocking is the most common reason behind unstable mining and overall profitability decreases.

How to reduce rig’s power consumption?

It is possible to bring watts usage down with no performance losses!

Pull Power Limit slider down in MSI Afterburner, until profitability or hashrates start to drop. This will limit the GPU's power consumption, making the card to automatically control the core clock and voltage to meet new limits.

Power Limit is the maximum wattage a GPU is allowed to consume. It is closely related to the card's TDP a.k.a. "How much heat can it generate."

Power Limit may be adjusted safely. When it is set to the lower values, voltage controller becomes less stressed, power consumption lowers, card cools down. And vice-versa.

Polaris Bios Editor allows you to change memory timings of AMD cards. AtiFlash gives a possibility to re-flash the cards' BIOS. Take a look at how to benefit from that here.

Use ETHlargementPill combined with memory clock boost. The effect is pretty solid:

Check this article to find more 💊.

-straps 1 for Phoenix miner or -mt 1 for Trex Miner, NBMiner or Gminer.

This settings works like the ETHlargementPill, but is suitable for the entire range of GTX 1000 series graphics cards, and does not require third-party programs.

What are miners’ settings, and how to use them? Told in our article.

Something went wrong? We are here to help! 🚑

Our friendly community and professional support will be happy to help you!

Contact us via website support, the private message on Telegram, or ask for help at our Discord.